© DynamicFrameworks- Elite ThemeForest Author.
PARTNER WITH US JOIN OUR TEAM

At Cap City, we are committed to sustainability, and our urban infill practices are the principal way in which we maintain our green standards. Urban infill is not a term tossed around too often; what exactly is it? 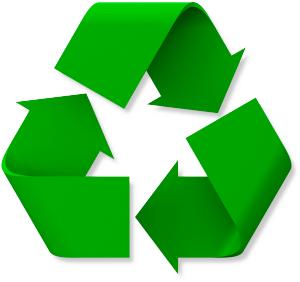 Urban infill is an inherently green process in that it is essentially land-recycling. Generally infill occurs on vacant or underutilized property that exists between or in close proximity to existing buildings. Oftentimes, it is more costly to build in the heart of the city than develop on new land on the city’s periphery. However, infill is extremely important for the regrowth and prosperity of communities plagued by barren lots.

Our infill projects consistently maintain the fabric of the community, while contributing to urban revitalization of depressed neighborhoods. One of the challenges of infill development is garnering the support of the existing neighborhood. Construction can be considered a nuisance, but at Cap City we work diligently to add value to the surrounding community while developing in a manner that preserves the neighborhood’s character. Because of our commitment to ensuring that our properties benefit the surrounding area and its residents, our condominium complexes are received with open arms –one of the many reasons why urban infill is a rewarding business practice.

DC is a city with a notably rich history. Capital City is successful at honoring that history while boosting the appeal of metro area neighborhoods by developing modern luxury condos.

Stay connected with Capital City Real Estate to learn about our new developments.

Scott is responsible for overseeing project development and project funding. He also specializes in project selection and design. He has over 10 years’ experience in urban infill development in the Washington, DC area. Prior to founding Capital City, Mr. Zimmerman served as a naval aviator for nine years, which included several overseas deployments. He graduated from the US Naval Academy at Annapolis with a BS in Engineering.

Based in Capital City’s DC Office, Chris leads real estate acquisition and development efforts throughout Greater Washington. Chris joined Capital City from ZOM Living, where he was a Senior Development Manager. Prior to that, Chris was a Manager – Development at UDR, Inc. Over the course of his career, Chris has sourced, capitalized and executed on the development of nearly 1,900 multi-family units with a total value of $800M. Chris’s multi-family career began at First Capital Realty in Bethesda, Maryland, where he participated in over $750M of investment sales transactions. Chris holds a B.S. in Business Management, as well as a Minor in Public and Urban Affairs from Virginia Tech.

Aaron Fortner is a Partner at Capital City. His responsibilities include mixed use site acquisitions, site planning and design, and project entitlements.

Robert Day is a Partner at Capital City. Since 1973, he has been involved in over $2 billion of
real estate transactions including acquisitions, development and brokerage assignments totaling over 4 million square feet across the US.
Prior to joining Capital City, Robert co-founded and served as President of two private real estate investment firms, Edwards Day and Day Capital Partners. In that capacity, he directed the ownership efforts in the acquisition, disposition, leasing and management of over $500 million of assets and served as a General Partner in over 25 entities including
office building transactions in Atlanta, Boston, Miami and Washington DC totaling approximately 1.5 million square feet.

Sheryl Cautero is senior project coordinator for Capital City. She oversees a variety of activities for each Capital City project. Her responsibilities include administrative, legal, insurance and liaison to government agencies. Ms. Cautero has over 20 years’ experience in project management in both residential and commercial real estate. Prior to coming to Capital City, Ms. Cautero worked as a senior project manager at a worldwide advertising agency and as a portfolio manager of a large multifamily portfolio throughout the southeast. Ms. Cautero also has experience owning and operating her own successful businesses.

Jason has always had a great appreciation for real estate. He finds improving the urban environment very rewarding and recognizes the importance of his position in the intricate development process. Jason is responsible for the oversight of all accounting and finance activities for Capital City Real Estate. He has over 18 years of accounting and finance experience. Prior to joining the Capital City team Jason was the Controller for a top 10 national public builder. He has over 13 years of real estate and construction experience. Jason holds a Bachelor of Business Administration in Accounting degree from Howard University. He lives in Columbia, Maryland with his wife and two children.

Vicki believes there is a better way. A better way to design urban living environments that meet basic and individual needs. Understanding buyers, from first timers to those wanting to age-in-place, and spending the time to thoughtfully design spaces around them is what she loves to do, using her 25-year background in sales, marketing and research. When people can spend less time commuting, have room for the things they need, get a little outdoor space and share their homes with friends and family in ways that work for them, their lives are better. The Cap City team is committed to improving the urban living experience every day, in everything built, for all buyers, and she’s proud to be a part of that.

Jim considers it a privilege to build homes for people. He strongly believes that a well-built home is a direct result of the smart planning and detailed design that takes place well before a shovel goes into the ground. Each CCRE project is as unique as Jim, and he approaches each one with a commitment to improve the urban living experience for every buyer. Jim graduated from the University of Texas and served for six years in the United States Navy. He started his construction career in 1981. Jim does not have any children, so he considers his progeny to be the homes that he builds.